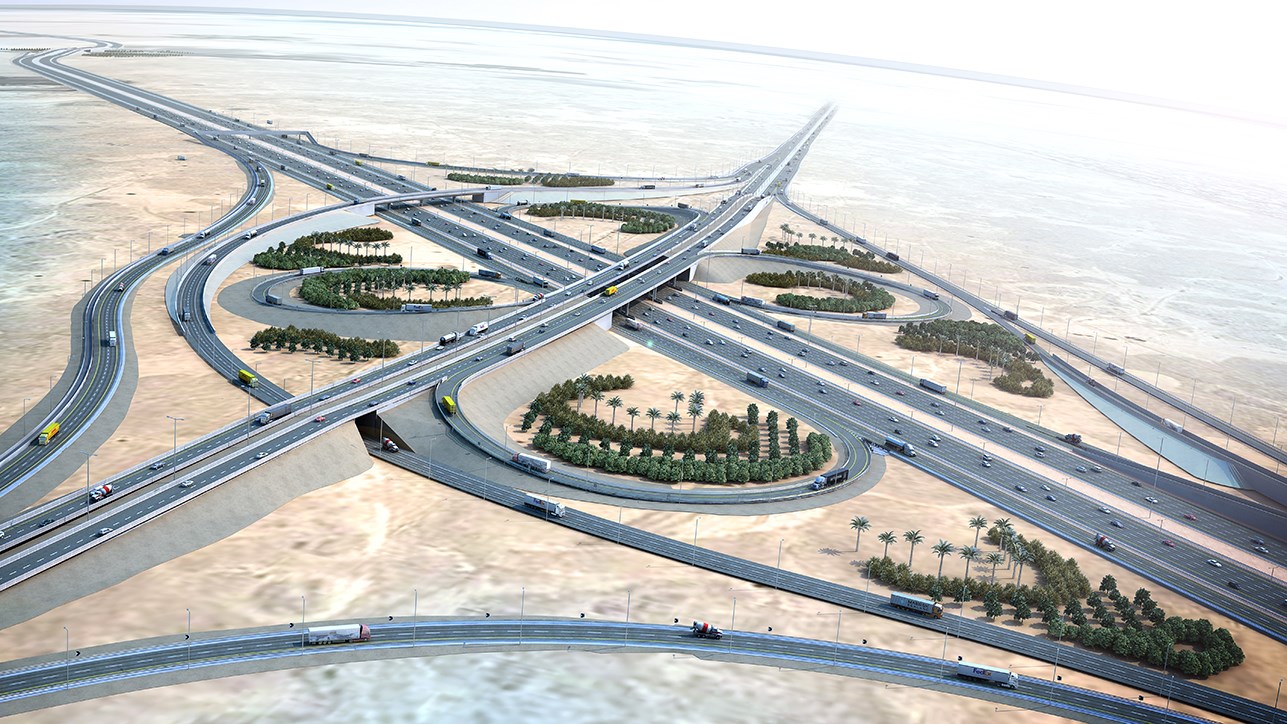 The basic function of the proposed New Orbital Highway & Truck Route Contract 4 is to provide a new road between Dukhan Highway and Al Khor Highway. The project includes approximately 47 km of road network and five interchanges. The main road consists of 10-lane section (5 in each direction) with additional 2 lanes for future widening. In addition, four separated truck lanes (2 in each direction) are provided from the limit of contract to near the intersection with Orbital Highway/ Dukhan Highway.