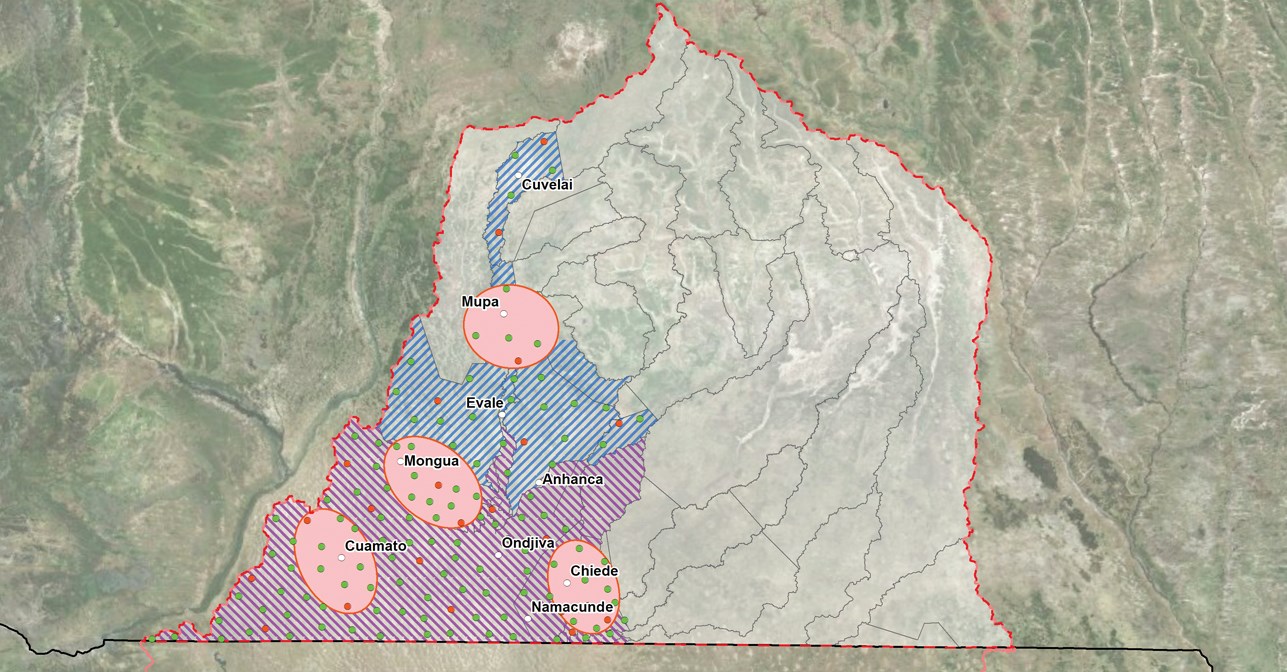 For years, the Cuvelai Basin had witnessed destructive flooding, resulting in damage to properties and infrastructure. At the same time, the region suffered from extensive drought during the dry seasons. In response, Dar was commissioned to provide consultancy services for the consolidation of the strategic plan for water resources in the 170,000 km2 region that extends in both Angola and Namibia. The plan included a flood management strategy that can guide the integrated and sustainable management of water resources in the basin.

Dar provided consultancy support across the five main phases of the preparation of the master plan: an initial assessment and data collection phase; a diagnosis and monography of the basin; complementary studies (including an assessment of transboundary environmental effects, impacts of climate change, cost-benefits database, and flood management policy); an evaluation of development alternatives; and the consolidation of the strategic plan for the water resources.

The studies included a site reconnaissance; geological, hydrological, physiographic, and geo-morphological studies; evaluation of hydraulic resources; analysis of meteorological and hydrological data; diagnosis of hydraulic infrastructure and basic sanitation subsystem; and a review of related socio-economic studies as well as an economic analysis of water usage.

In the consolidated master plan, seven dams were proposed including inter basin transfer dams with capacities ranging between 50 MCM to 1.5 BCM.

Dar also supported the assessment of Ondjiva Town infrastructure, following an extremely severe flood that resulted in damages to properties and infrastructure.