On March 4th, the President of the Republic of Angola H.E. João Lourenço inaugurated Luanda’s new Institute of Paediatric Haematology.

On March 4th, the President of the Republic of Angola H.E. João Lourenço inaugurated Luanda’s new Institute of Paediatric Haematology.

The first of its kind in Angola, the institute is a state-of-the-art support centre offering essential healing environments and optimal paediatric treatment and care for children suffering from sickle cell anaemia and other haematological conditions.
A project with enormous social impact, the institute ensures that children and new-borns with blood and bone illnesses will no longer have to be evacuated outside Angola for treatment, which in turn prevents fatalities linked to difficulties in evacuations and cuts costs for the Ministry of Health, which will no longer have to support high amounts of hard currency expenses related to evacuations and medical treatments abroad.

Instead, the institute will now provide high-quality medical care not only for local Angolans but also for people from across the surrounding regions.

Moreover, the institute will also support capacity building, offering a place for medical students in related fields – who previously had to travel abroad for training – to intern and learn inside Angola. 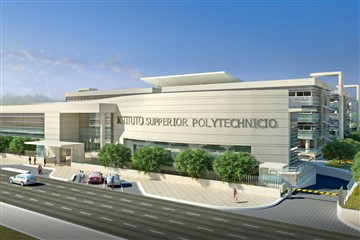