The way forward is clear: adaptation and resilience.

After decades of heated debate, the last two or three years have seen the vast majority of environmentalists, business leaders and politicians recognise climate change to be a tangible process that manifests itself in increasingly intense and frequent climatic extremes - devastating floods, prolonged droughts, destructive hurricanes. On the fringes of conferences and symposia, it is still possible to find the odd polluter-funded climate scientist or natural capital-exploiting industrialist who will argue such events are merely a natural cyclic phenomenon rather than the result of mankind’s inhumane treatment of his own environment. But the discussion has moved on; climate change is real. Period. The cause is no longer important and we all have to learn to live with it.

Countries with plentiful fossil fuel reserves; be it coal in China or oil in Saudi Arabia, now recognise there are healthier and more sustainable alternatives, while those such as Bangladesh and the Maldives doubt their own long-term viability in the face of increased floods and rising sea levels. This transformation in thinking is no less epochal than when late nineteen century municipalities decided it was better to pipe sewage underground rather than channelling it down the middle of the street; or when early 1960’s clinicians agreeing that smoking caused lung cancer.

The climate change argument has come of age and the UNFCCC COP21 in Paris in December 2015 was arguably its Confirmation, its Khatam Al Qur’an, its Shinbya, its Upanayana.

But although COP21 set ambitious goals to reshape our approach to everything from food waste and carbon emissions to water consumption, it did little to define how we should achieve them. On the bright side though, the Conference saw a strong participation of less-developed countries - evidence of increased political will, recognition of the growing synergy between economic and environmental controls, and a more responsible approach to carbon emissions.

After the Paris conference, the focus is now on the solution, and the way forward is clear: Adaptation and Resilience. Adaptation: our response to the stresses climate change places upon us, the means by which we reduce our vulnerability. Resilience: the ability of our socio-ecological system to absorb the stresses, to reorganise, evolve and improve our sustainability.

So what do we have to adapt to and be resilient against?

Depending on latitude, temperature rise is currently predicted to be 3-10°C. But taken on its own, that fact may be the least of our worries. Consequential impacts are more worrying, including sea level rise, (currently put at 0.1 to 0.8 m), changes in precipitation, (hence changes to flood patterns and agriculture), reductions in the ozone layer, the lowering of ocean pH, changing fish stocks, coral reefs and shellfish beds, and, finally, the spread of tropical diseases such as malaria, yellow fever and dengue fever.

The key to adaptation is not simply our response to changes in average climatic conditions. Rather, it is our understanding of extremes, of variability and of the rates of change. The ability of human socio-ecological systems to adapt depends upon a range of issues: wealth, technology, education, infrastructure, access to resources, institutional management capability, acceptance of the need for action, and socio-political will.

Those nations and communities with the least economic and natural resources, the poorest education and health, and least political resolve, will inevitably have the least capacity to adapt, and hence little resilience.

Both adaptation and resilience are about harnessing change. As a result, governments are increasingly following the lead of the private sector. Instead of dwelling on the threats of climate change, they are coming to recognise the opportunities to create a cleaner, more sustainable future. And those opportunities are socio-political as well as commercial.

Despite recent cuts, Greenhouse Gas (GHG) emissions remain far too high to be sustainable. This is particularly true when we consider the historical dimension to climate change, the 30 to 40, some say 50-year delay between emission and global warming. Today’s climate change accrued from the industrial emissions up to the 1960s and 70s. More frighteningly, the effects of recent emissions - from the two Gulf wars , recent conflict in Syria, industrial growth in China, India and elsewhere, and large-scale forest fires - have yet to be realised.

Our approach to climate change needs to move from one that is post-impact to one that is pre-impact. This means dealing not solely with what has gone before but with what is coming in the future - to be proactive rather than reactive.

A recent conference in the UK on multi-sectorial approaches to CC adaption proved that society is still lagging in this area, concluding that adaptation plans vary not only sector-by-sector but also company-by-company, and fail to identify many cross-sector interdependencies.

Flexibility should be built in any approach that addresses climate risks; one size does not fit all. As well as international and regional strategies, there are opportunities for local municipalities and planning authorities to address how climate-related hazards such as floods, sea surges and heat stress are to be avoided.

Many plans and adaption studies are already underway. With United Nations funding, 45 least-developed countries have each prepared a National Adaption Programme of Action. Meanwhile, the state of California has prepared a Climate Adaption Strategy, while counties in Florida have formed a Regional Climate Change Compact to coordinate adaptation and mitigation strategies. Furthermore, many commercial organisations are reconsidering their business models to avoid the consequences and exploit the opportunities.

Once a national issue, water scarcity has become a global problem. It is now accepted that conservation alone will not resolve the needs of a population rapidly approaching nine billion. Happily, new innovations are filling the gap. One of the more exciting is Atmospheric Water Generation, which works in much the same way as an air conditioner emits water. The technology transforms outside air with humidity as low as 40% into clean water, a unit no larger than a domestic coffee maker producing several gallons each day.

The adaptation of our cities, and the reinforcement of their resilience, need to be accelerated. Currently, in developed countries, the building stock is replaced at an average rate of only 1% per annum. In the urban landscape, including open spaces and transport corridors, the rate is even slower.

The social side of climate change

In addressing climate change we must also embrace community resilience issues such as crime. In northern Europe, for example, where house air conditioning is not the norm, theft increases during the summer due to the tendency to leave windows open for fresh air circulation.

The consequences of flooding are not only infrastructural but social too. At worst, we all know that flooding results in loss of life and injury. However, there are far more common consequences like the breakdown of domestic harmony, economic and mental stress.

In response, the adaptation of closely grouped buildings to provide covered walkways and inner courtyards will promote shade and open space and security for windows to be safely left open. Houses on stilts with covered yards beneath will reduce the impact of flooding.

Today, the migration of often whole communities to escape war, political repression and economic recession dominates press headlines, editorial comment and social media. ‘Crisis’ is the favoured term of many journalists. Yet what we are seeing today may be nothing compared with the potential migration of hundreds of thousands and probably millions who will seek to escape the worsening environmental problems that will accrue to communities unable or unwilling to foster climate change resilience and adapt to the new reality of the human environment. 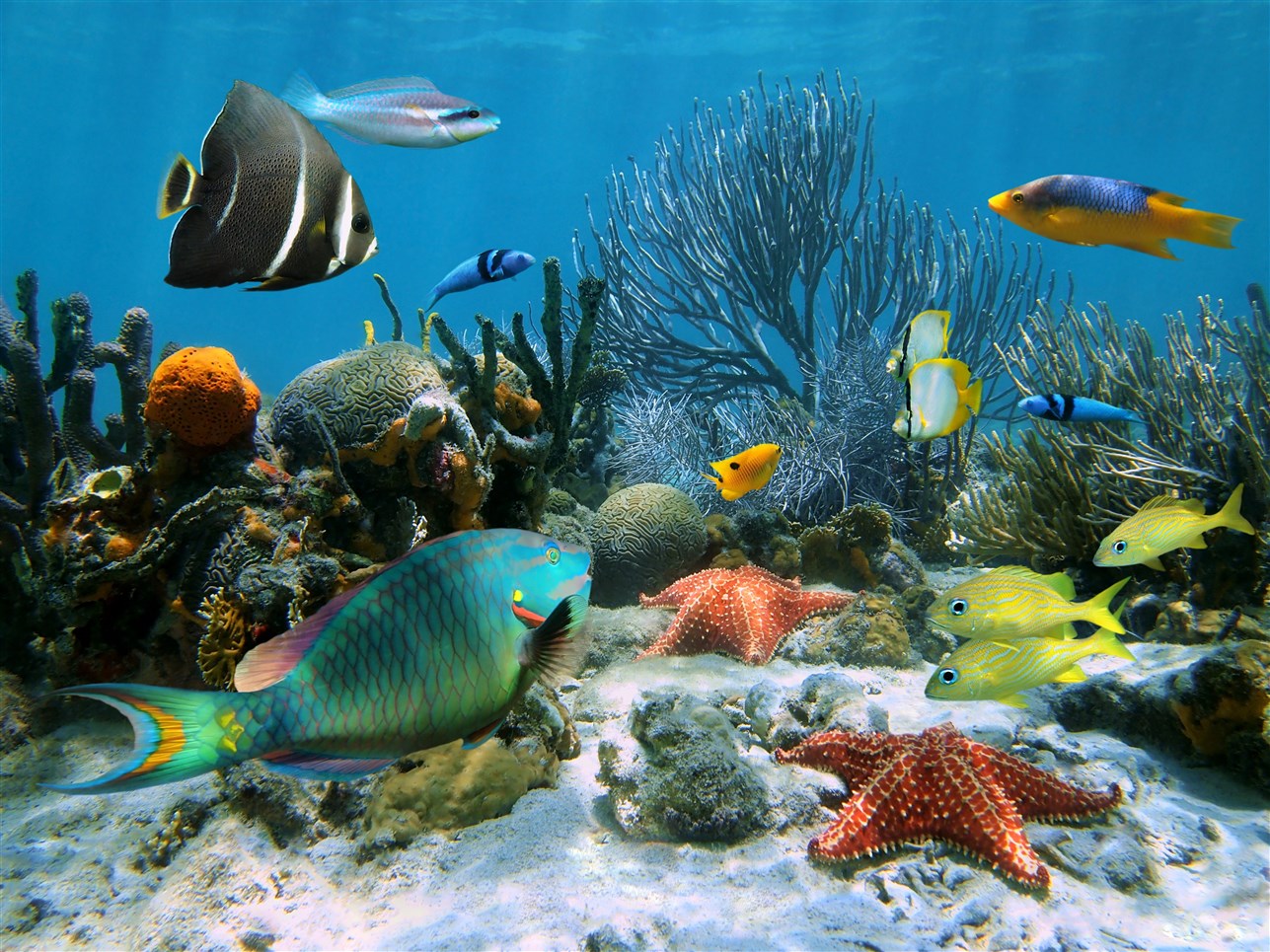 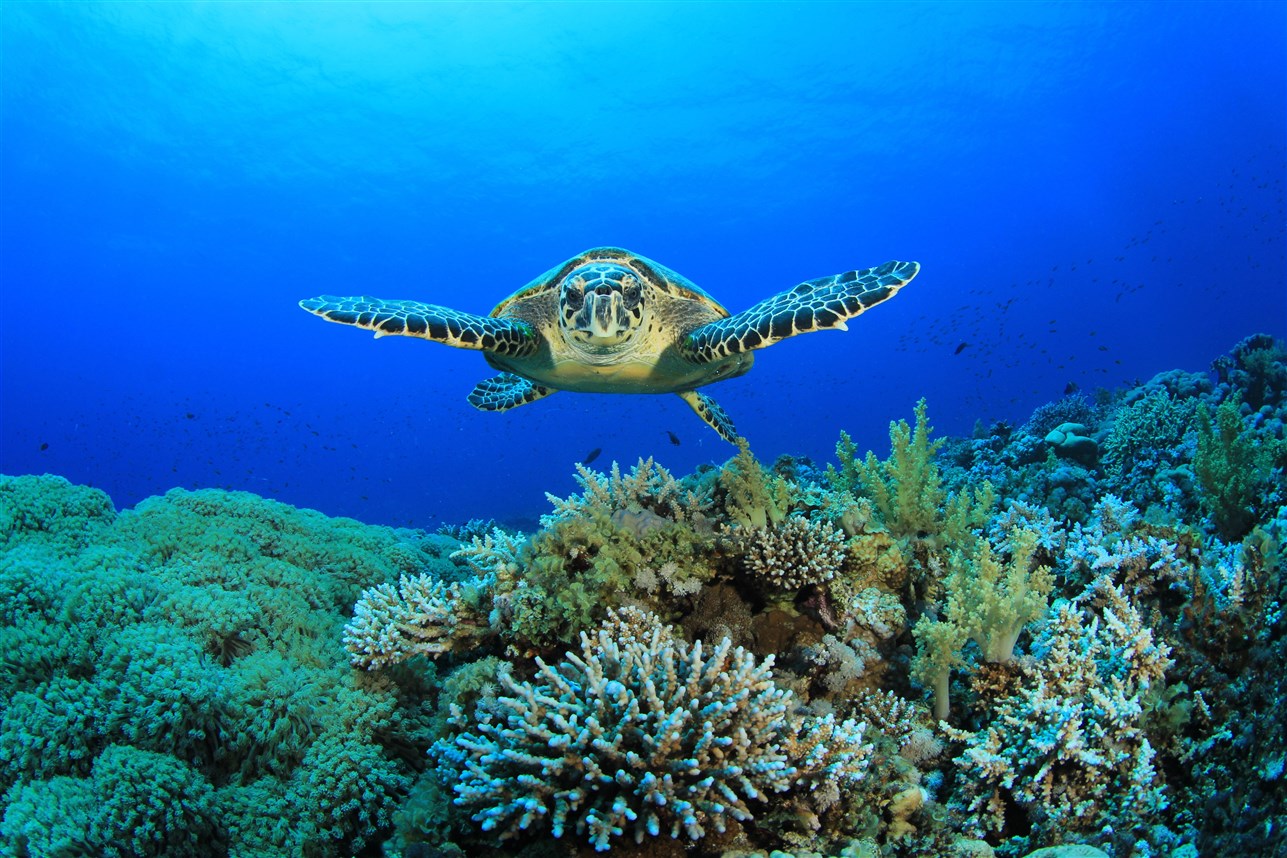 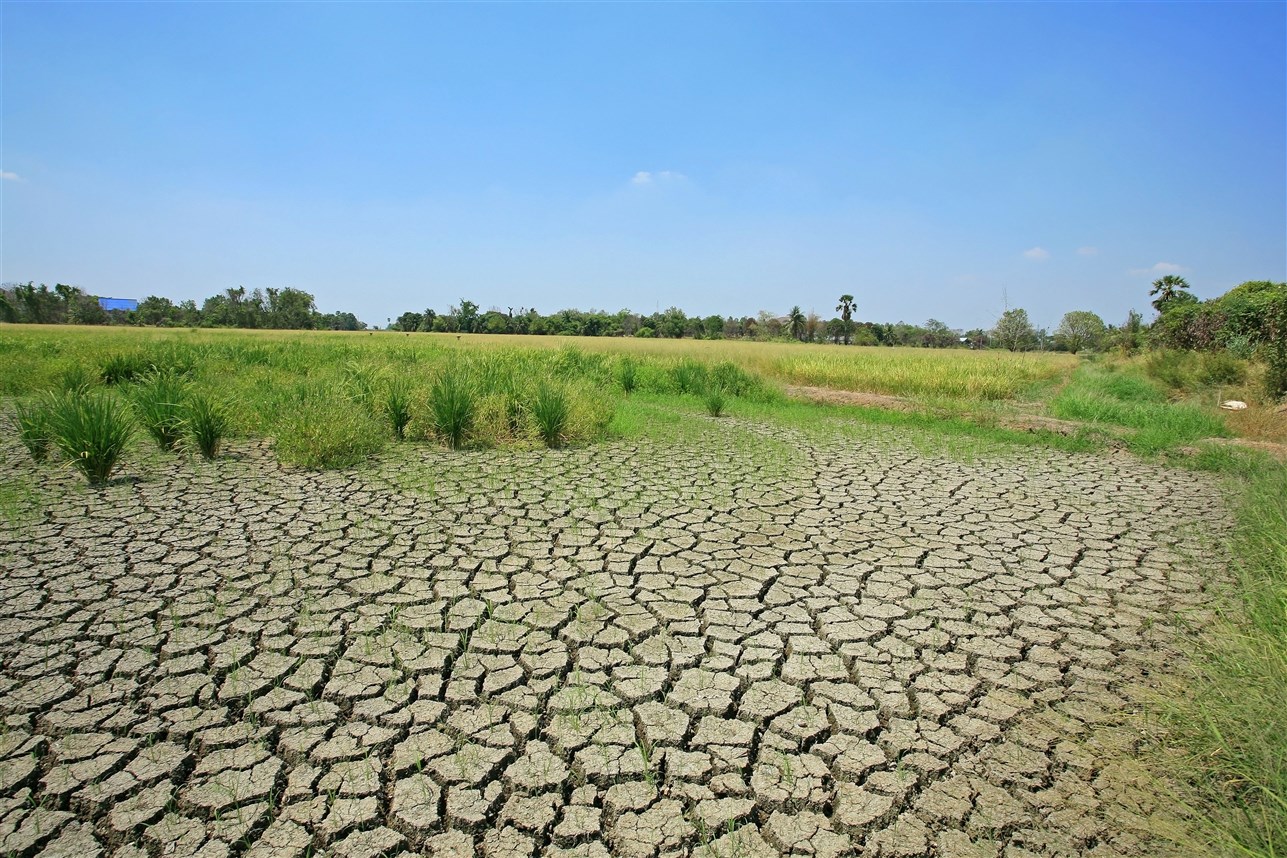 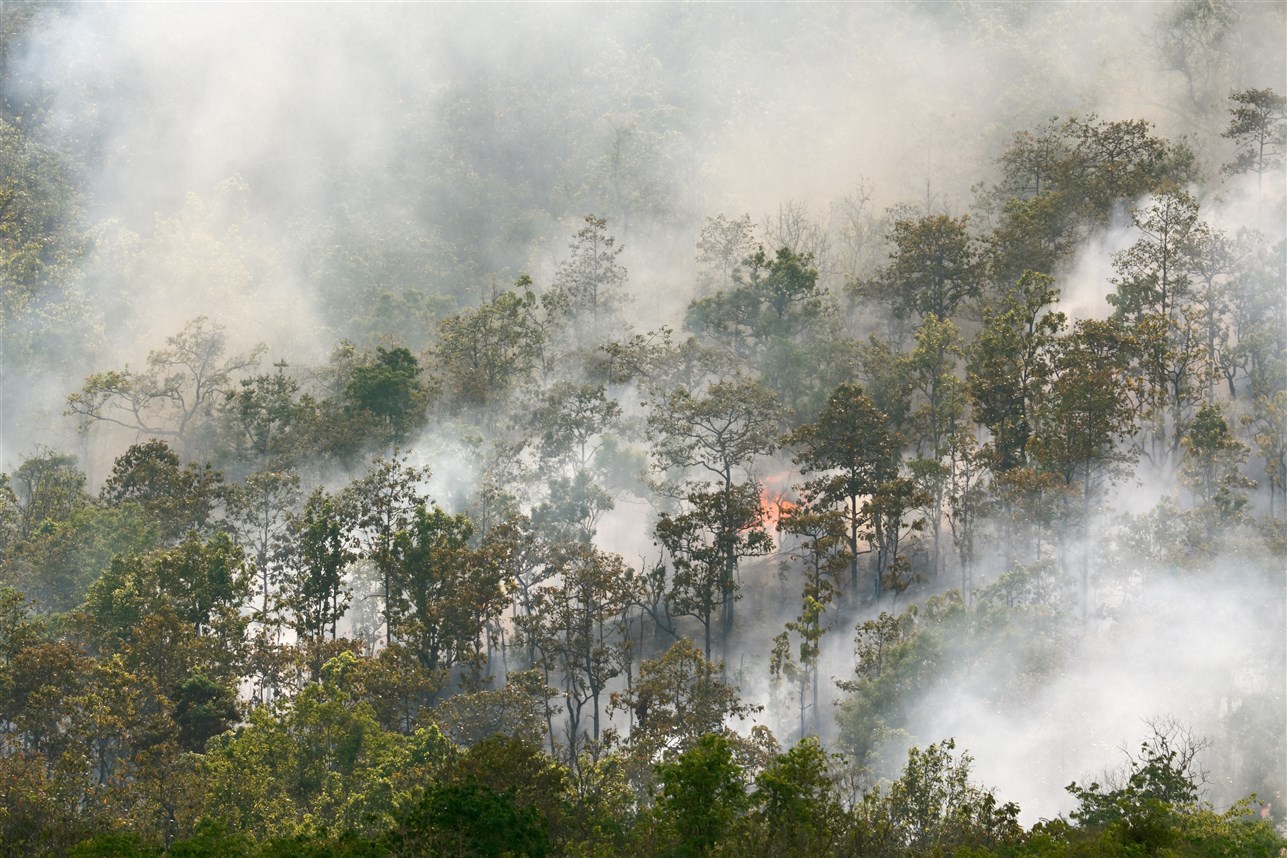 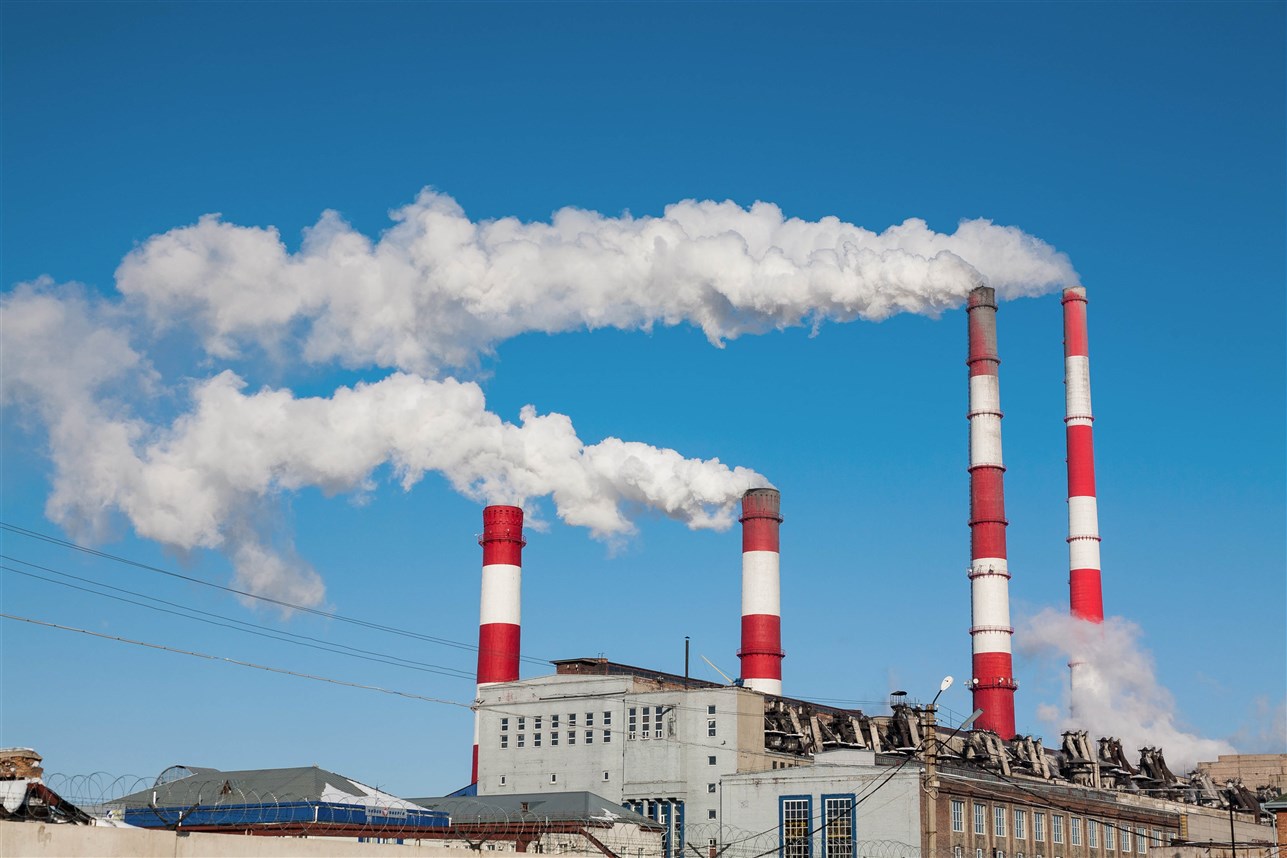