“Biodiversity loss is an existential threat to people and planet,” Ivonne Higuero, Secretary-General of the Convention on International Trade in Endangered Species (CITES).

Our planet’s wildlife and biodiversity is in crisis. And that is a reality we can no longer ignore.

All over the world, invaluable and irreplaceable species of flora and fauna are going extinct at an alarming rate. The International Union for Conservation of Nature (IUCN), which has been monitoring the status of species throughout the years, publishes the Red List of Threatened Species, classifying a staggering 8,400 species of wild fauna and flora as critically endangered, and approximately 30,000 more as endangered and/or vulnerable.

The World Wildlife Fund paints an even darker picture, warning that we are facing the biggest extinction event since the end of the dinosaur era, with a million more species at risk of becoming extinct within the next few decades.

Avoid, reduce, and mitigate – a hierarchy for wildlife preservation

Humans will face the brunt of this extinction. Every single organism plays its unique role in the web of life, and not one organism – certainly not humans – can exist in isolation. That means the risks faced by the planet’s wildlife today will inevitably affect humans as well. Therefore, taking ambitious and impactful steps to conserve species and reverse extinction trends will not only safeguard our planet’s unique biodiversity and wildlife but will also help guarantee our own survival as a species.

In order to protect the environment that hosts wildlife and supports biodiversity, the majority of legislations implemented worldwide focus on the avoid, reduce, and mitigate hierarchy. However, with the immense pace of development, the first two options are always the hardest to implement. For this reason, many stakeholders find themselves opting for mitigation.
One of the most popular mitigation measures is ecological compensation, a process that uses measures to ensure that any area(s) that will be damaged as a result of a given project will be compensated, with the ultimate objective of ensuring that the project tries to achieve a net-zero loss of biodiversity.

Ecological compensation – making way for wildlife in a world of development

As an environmental specialist working on several GCC projects with potential impacts on local wildlife, I have often been involved in discussions on how to use ecological compensation as a way to safeguard biodiversity and effectively mitigate the effects of the projects we work on.

Working in close collaboration with scientists and ecological specialists has been a big eyeopener to the variety of conventional and unconventional compensation measures that have been emerging throughout the years. Of course, choosing the most effective compensation measure for a specific project depends on several factors and will vary from one area to another. Therefore, in-depth research, proper planning, effective monitoring, and close coordination with the environmental authorities are essential to ensure that we can implement the most suitable compensation approach for a given project.

Figure 1: Example of artificial reefs about to be introduced to the marine environment.

Artificial reefs have been used worldwide for several decades as a mitigation measure to counter adverse effects of coastal development projects on the marine environment. Artificial reefs offer new hard substrate habitats that can enhance the survival and the development of large adults and mature stages of different taxa. Studies have demonstrated that well designed artificial reefs can not only attract marine life from the surrounding environment but also lead to the production of a new food chain. Successful case studies have also shown that the deployment of artificial reef modules resulted in significant growth of algae, barnacles, coral polyps, sea urchins, sea squirts, and epibenthic and pelagic fish. 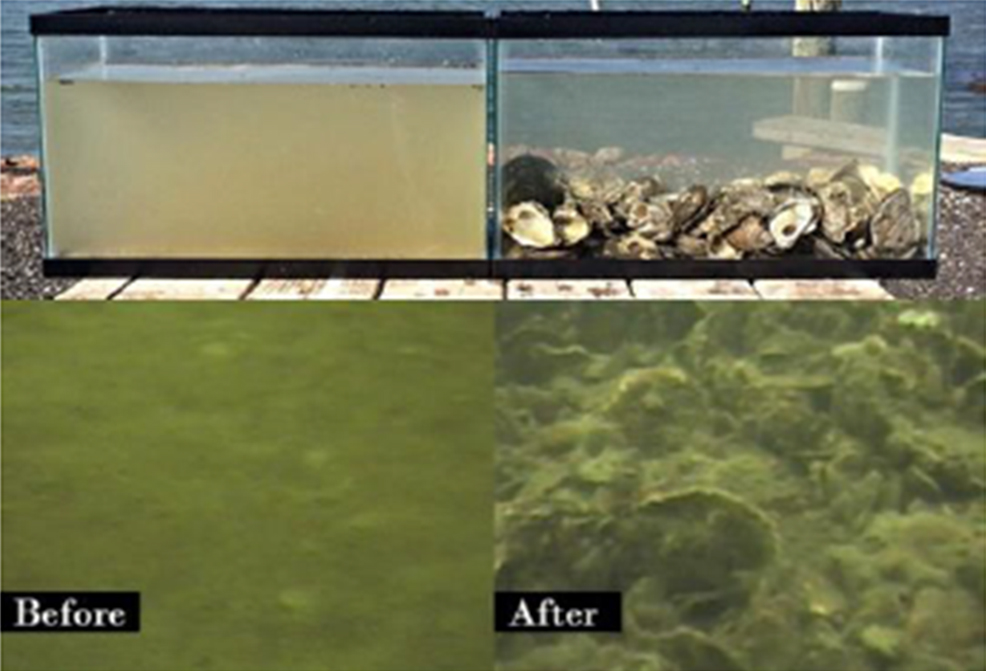 Figure 2: Water quality before and after oyster reefs are restored.

Restoring oyster reefs not only rejuvenates oyster populations but also supports other organisms in the ecosystem. Oyster reefs are also known for their ability to support ecosystem functions including but not limited to water filtration, fish production, and hard reef structure. They act as a natural water clarifier, cleaning water from suspended biological materials, decreasing turbidity and total suspended solids, and supporting the colonisation of various species of fish and other sea creatures.

Over the years, our seafronts have been booming with construction. The integration of structures such as pontoons, pilings, seawalls, marinas, and various others – which are built mainly for recreational purposes and for shoreline protection – has been adversely affecting marine life.

In response, a growing number of experimental projects around the world have been incorporating living seawalls as an unconventional approach to compensate for potential losses in marine species diversity and intertidal habitats and also as a means to enhance the marine environment.

For this option to succeed, ecological specialists and infrastructure engineers have been joining forces, combining ecological concepts and engineering services to develop coastal structures that enhance the marine ecology.

Researchers have shown that ecologically enhancing concrete-based coastal and marine infrastructure (such as breakwaters and seawalls) can increase the environmental benefits of these structures without compromising their structural performance in any way.

Building on these findings, this option is being proposed for marine projects and incorporates specific panels of living seawalls, tailored in scalable mosaics onto the artificial structures, in order to mimic the habitat features of natural shoreline ecosystems (such as rock pools). These then provided a larger habitat area and opportunity for growth and colonisation of marine life such as seaweeds and shellfish.

Development and wildlife – a path forward for coexistence

Artificial reefs, oyster reefs, and living seawalls provide a glimpse into the world of ecological compensation and the different available measures that can be considered in development projects. Although we share our planet with millions of astonishing species that enrich our lives in so many ways, many of us fail to see the beauty of wildlife and the many benefits it offers. It is important that we all take a moment to marvel at the everyday wildlife living around us, as every encounter has the potential to teach us something knew. Ecological compensation provides a way for us to make space in our ‘developed’ world for these glorious creatures, ensuring that we can continue to coexist in a sustainable and resilient ecosystem with space for all.

“If people see wildlife as beautiful, they give it value. Once something is perceived as valuable, then it becomes worth preserving,” Tom Murphy, wildlife photographer.