The international building and construction industry has traditionally had vast and negative environmental impacts, ranking among the most significant sources of greenhouse gas emissions worldwide. Yet, the trends are shifting – towards more climate-smart, resilient, and environmentally-responsible plans and developments and towards design choices that centre and honour the value of biodiversity and the environment.

Leading this change at Dar is the company’s in-house environment team, who works with clients and communities around the region to ensure that new developments preserve natural heritage.

In a World Environment Day Special, Dar’s environmentalists Riwa El Derbas, John Davey, Chadi El Chahal, Mia Nasr, and Sima Hojaij explain how the environment team guides everything from master plans to greenfield developments towards more environmentally-friendly and sustainable choices, and a brighter future for the target community and the planet alike.

Riwa, the Head of Dar’s Environmental Unit, has worked on nationally protected reserves and other environmentally-sensitive sites, and describes the scope of the environment team as “determining the physical, biological, and social baseline conditions in order to further implement given planning objectives by deconstructing and assessing their different natural, cultural, and built environments,” with the ultimate objective of “identifying and delimiting ecologically-sensitive habitats and protecting them.”

Planning for the environment – for generations to come

The impact of such a plan is potentially enormous and, if properly implemented, could safeguard the environment for generations. “We proposed that coral islands, coral patches, and turtle breeding sites be designated as natural reserves, and that intertidal and mudflat areas be protected from any disturbances, given their importance as hatcheries for small fish, shrimp, and marine organisms and as safeguards of a future, sustainable environment,” Chadi says, adding, “We also recommended bans on commercial fishing and on effluent discharge in prominent marine areas and development in environmentally-sensitive areas, while also pushing for a blue economy smart approach.”

On many projects with environmentally-sensitive features, Dar’s environmental specialists are commissioned to conduct baseline surveys and studies, in order to establish the existing environmental conditions and identify environmental and biodiversity features to be preserved and safeguarded.

“The types of environmental surveys we undertake include marine and terrestrial ecological surveys of flora and fauna, designed to define the range of habitats and species present and to determine the impact a potential development will have on biodiversity,” says Mia Nasr. “We also undertake air quality surveys, to determine the quality of prevailing air and the presence of any atmospheric pollution, and noise surveys that determine the ambient noise levels prior to development. Our scope also sometimes includes cultural heritage surveys, through which we identify features with historic and contemporary heritage value.”

And often, these surveys yield wonders.

“One of the projects we recently worked on had fringing coral reefs, significant seagrass meadows, and two different zones of mangroves with fascinating salt marsh communities, and protected marine species such as sea cucumbers and sea turtles,” says Sima Hojaij. With their ability to store vast amounts of carbon, mangrove forests are widely recognised as key safeguards for the planet in the fight against climate change, while the seemingly humble sea cucumbers play a vital role in creating healthier coastal ecosystems. “Because the client involved the environmental team from the initial stage, we were able to contribute to the development of the project’s master plan in order to ensure that the different environmental features identified on the site are taken into consideration, and that the mangroves, coral reefs, and the marine ecosystem were protected in all future developments,” Sima explains.

“In another of our ecological surveys at a potential project site on an island, we recorded twenty-five bird species – such as brown bobby, Caspian tern, lesser crested tern, osprey, pink-backed pelican, white-eyed gull, swift tern, Western reef heron, sooty gull, and little green heron – all of which use the island as a habitat and for feeding, breeding, and roosting purposes,” Mia adds. “The island was also close to sandy beaches that served as nesting areas for turtles, spectacular coral reefs, and waters that host everything from reef fish to dolphins and even sharks!”

Such priceless natural heritage presents wonderful opportunities, and it is the responsibility of Dar’s environmentalists to propose measures and constraints that ensure a site is developed to its potential, while still conserving and safeguarding the invaluable biodiversity of the surrounding environment.

“The environmental assessment guides planning and design choices towards long-term measures for effective management as well as environmental preservation and conservation. Our role is to raise proper awareness of the whole ecosystem while setting in place measures and responsibilities for its conservation,” Mia explains. “For example, in our project, we recommended that entire islets and their vicinities remain pristine and untouched to host any displaced birds,” Mia outlines. “An extensive and undisturbed buffer zone was also recommended around the bird breeding sites to encourage birds to stay in the area and breed. The sea turtle nesting grounds were also identified and marked for protection – with the additional measure that all activities in the zone be stopped during egg-laying season between August and November and a hold on all commercial fishing around the island.” Such measures ensure that developments can capitalise on existing environmental reserves while also ensuring a sustainable, thriving future for these species.

Dar’s environmental strategies also include wider measures, designed to protect the ecosystem as a whole. “Our approach covers many aspects, and we present strict measures regarding issues such as the disposal of municipal solid waste or discharges of wastewater and stormwater drainage and the control of hazardous chemicals that might leak into the surrounding environment from new piling/structures.”

From design to construction and operation, there are critical responsibilities that are brought to bear on all stakeholders responsible for turning a vision into reality, especially in environmentally-sensitive sites.

Dar’s environment team provides a range of services designed to facilitate this process and ensure that appropriate protections are set in place for the environment.

“The environment team prepares integrated environment and social impact assessments (ESIAs) and environmental management plans (EMPs) covering pre-construction, construction, and operation phases,” explains Dr. John Davey, one of Dar’s most experienced environmental consultants and specialists. “These generally identify a wide range of potential physical, biological, and social impacts that may arise during the pre-construction, construction, and operational phases, along with the likely severity of each and measures to avoid or mitigate these risks. Moreover, for those impacts that are expected to be cumulative, and those that could not be fully mitigated, we propose ways in which these residual impacts may be managed.”

Just as critical are the mechanisms which ensure that these plans are implemented. “The Dar environmental team helps clients formulate the institutional requirements needed to manage detailed design, construction, and operation,” John states, “and for each phase we propose the type of institutional capacity required to ensure that the EMP is implemented in accordance with the permit and to the satisfaction of residents, investors, visitors, and the public.”

The long-term impact of the environment team’s contributions on projects is essential.

“The design teams employed for the development receive clear guidance on the targets for sustainable design and expected standards of environmental performance and compliance, and the contractors also receive similar guidance as well as a framework CEMP on which to model their own contract-specific plans and documentation,” John says.

Perhaps most importantly, the legacy of the environment team lies in enumerating the environmental and cultural features of a project site and in paving the way for stakeholders to protect, preserve, and conserve the site’s invaluable and irreplaceable cultural and natural heritage. 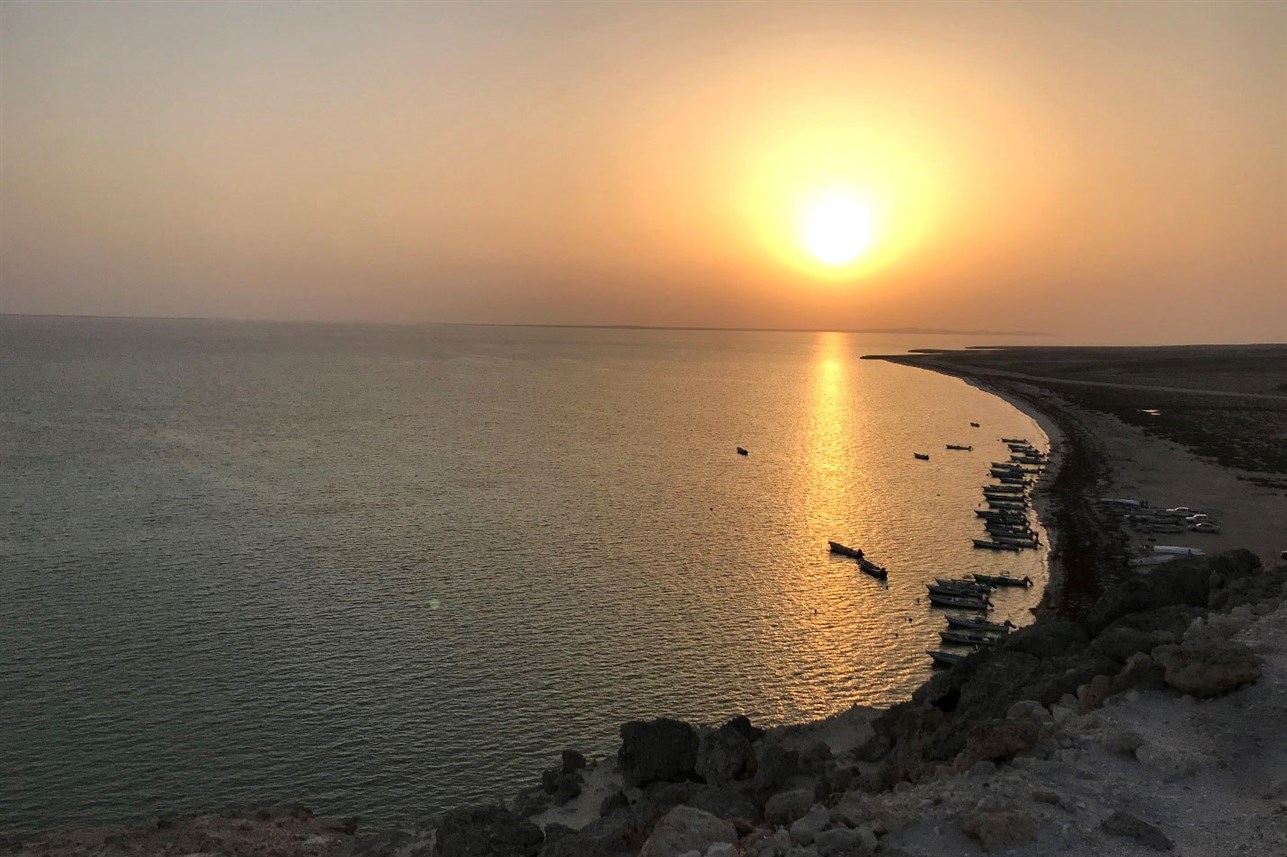 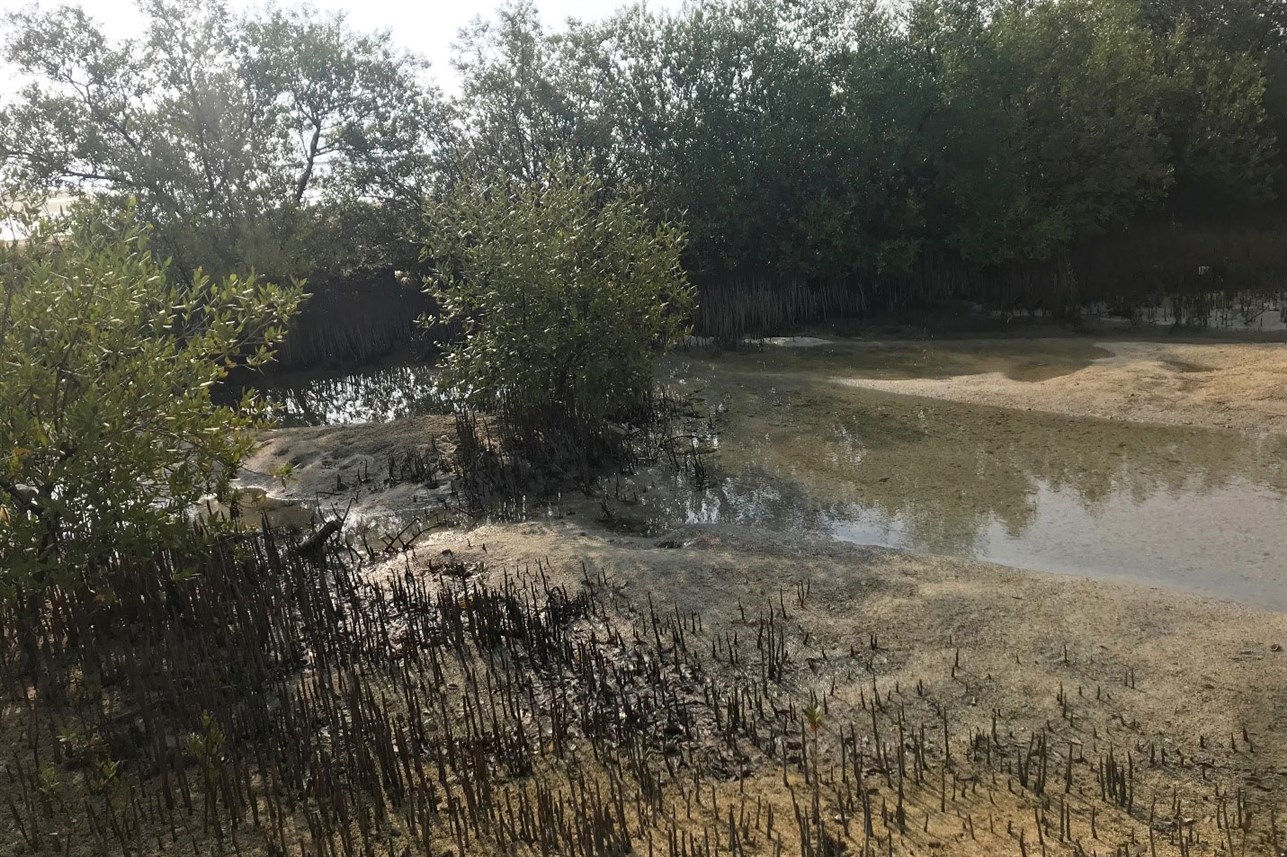 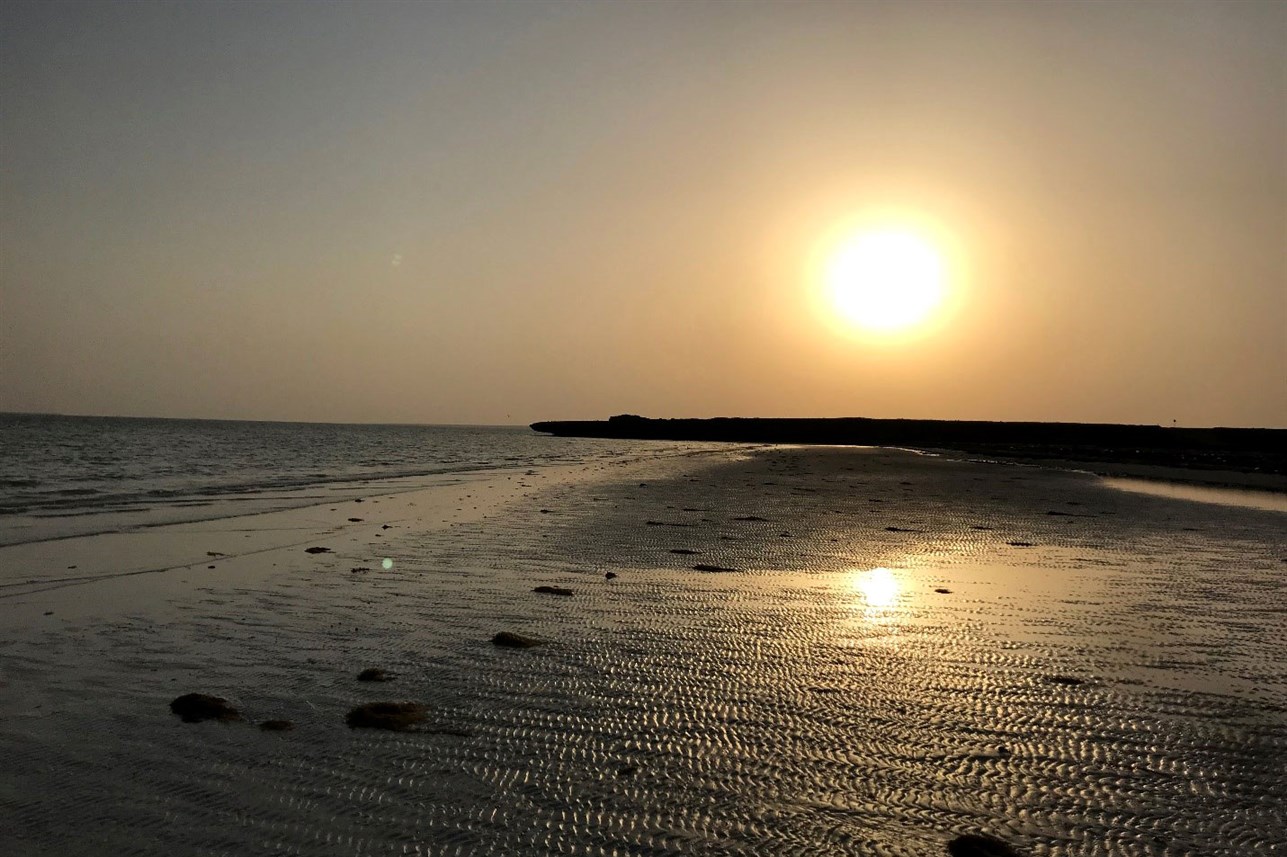 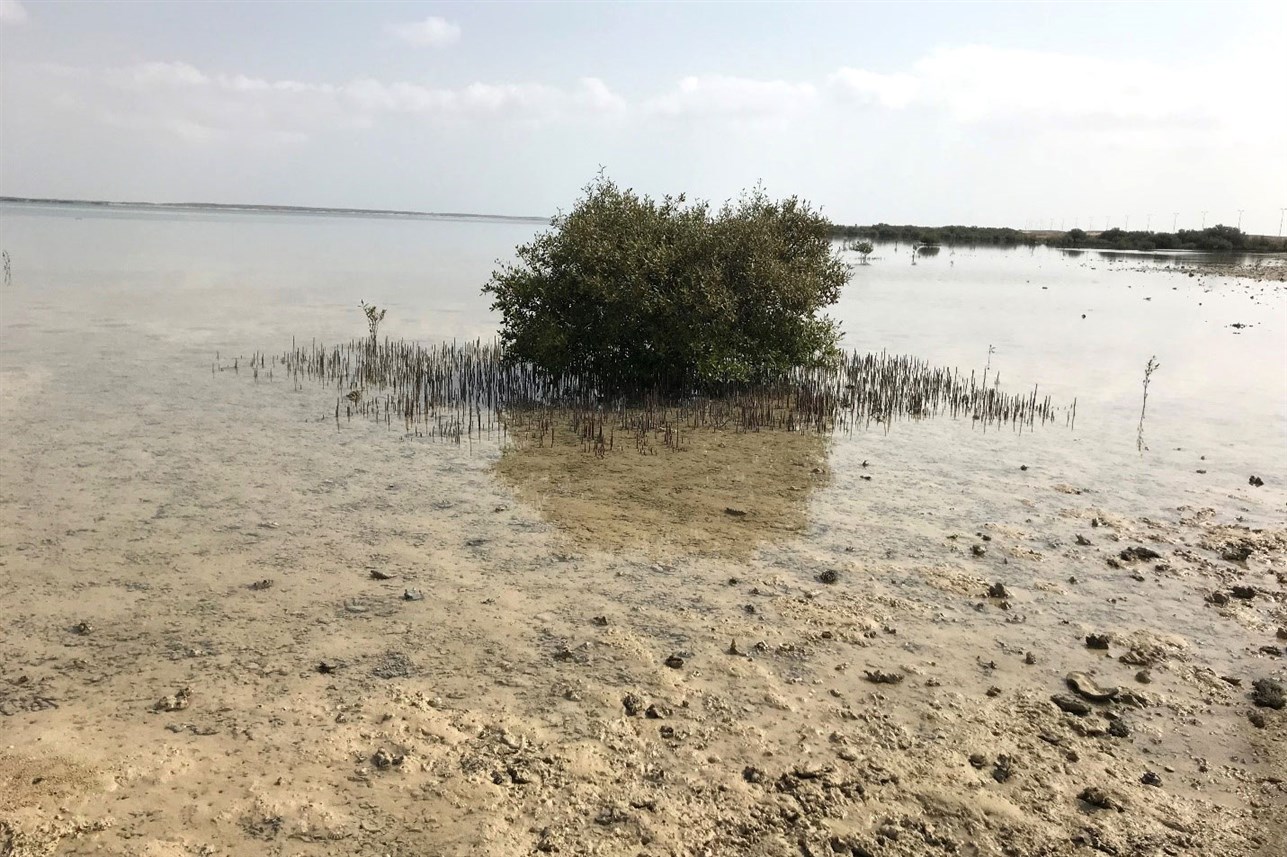 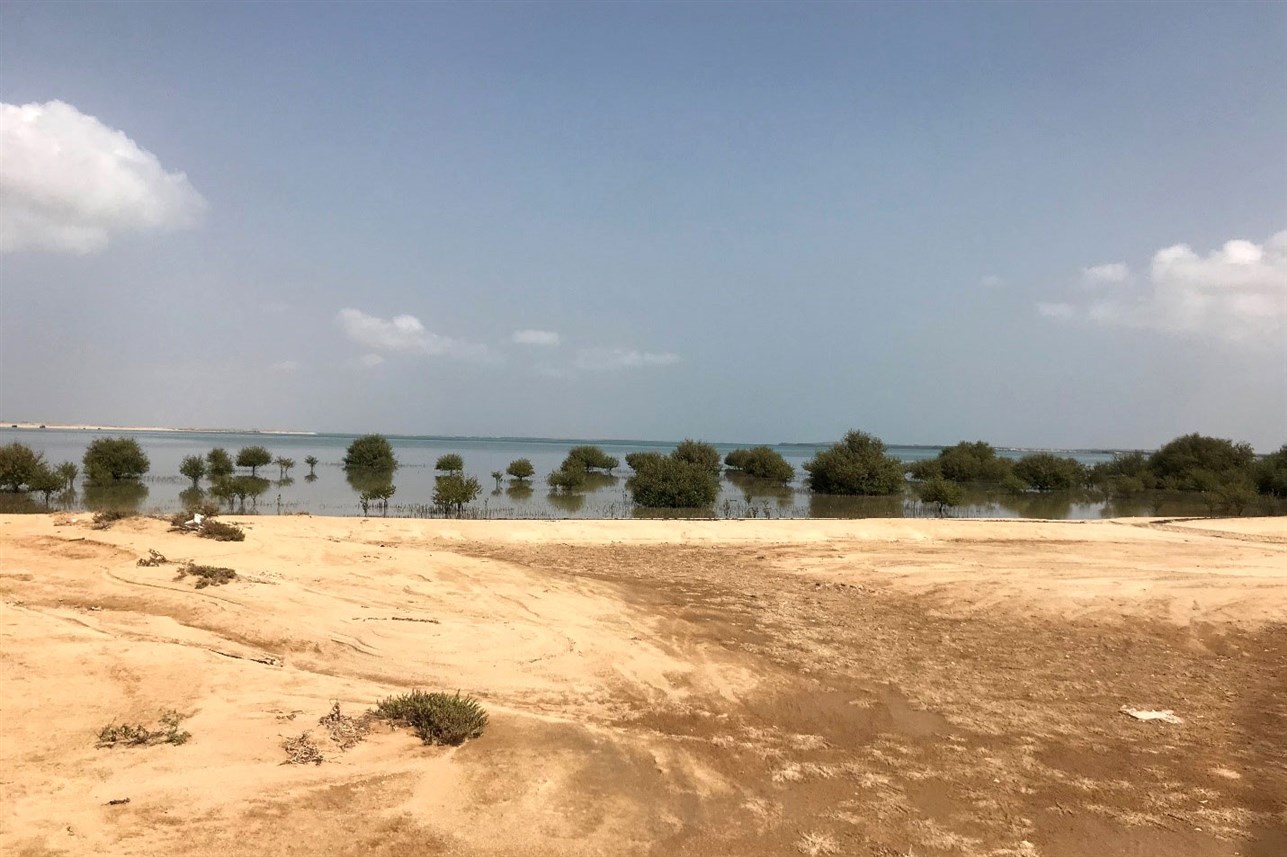 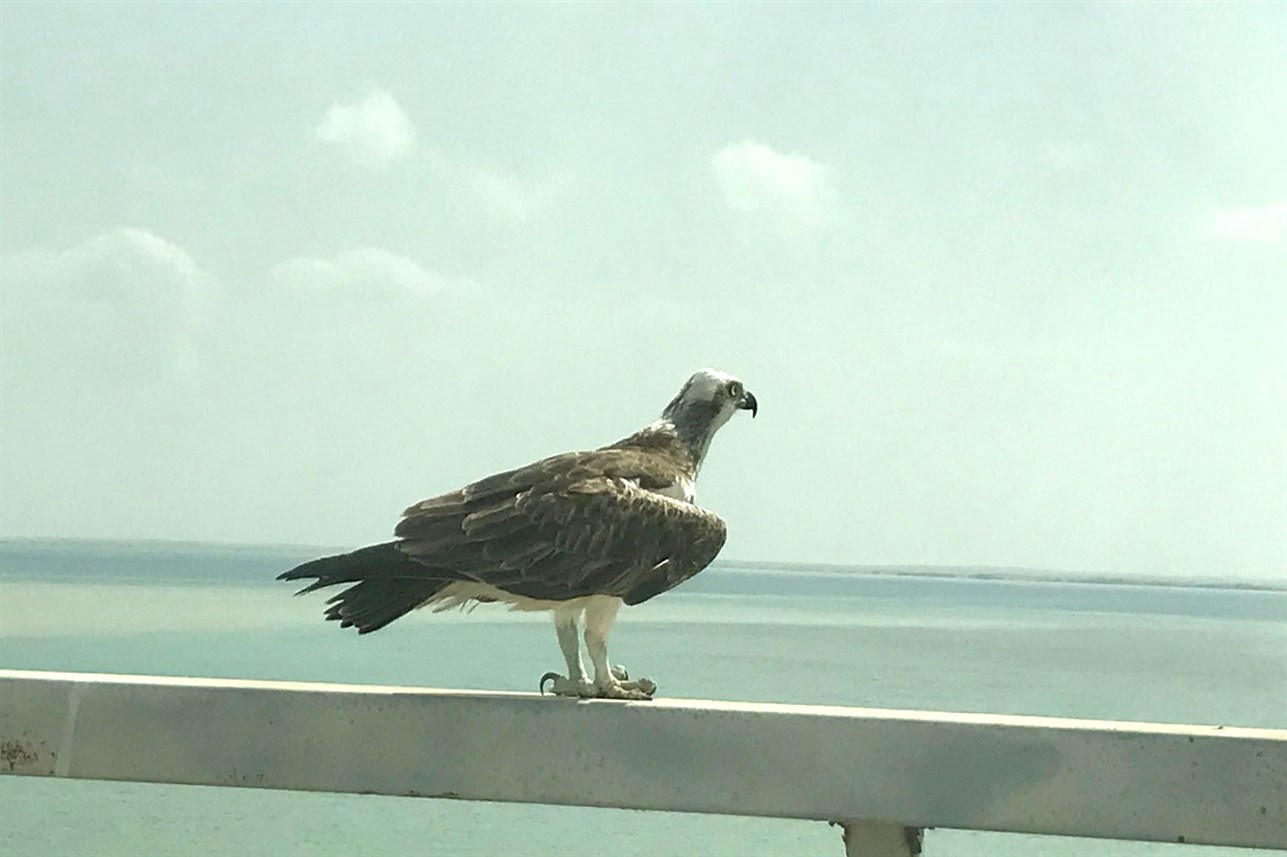 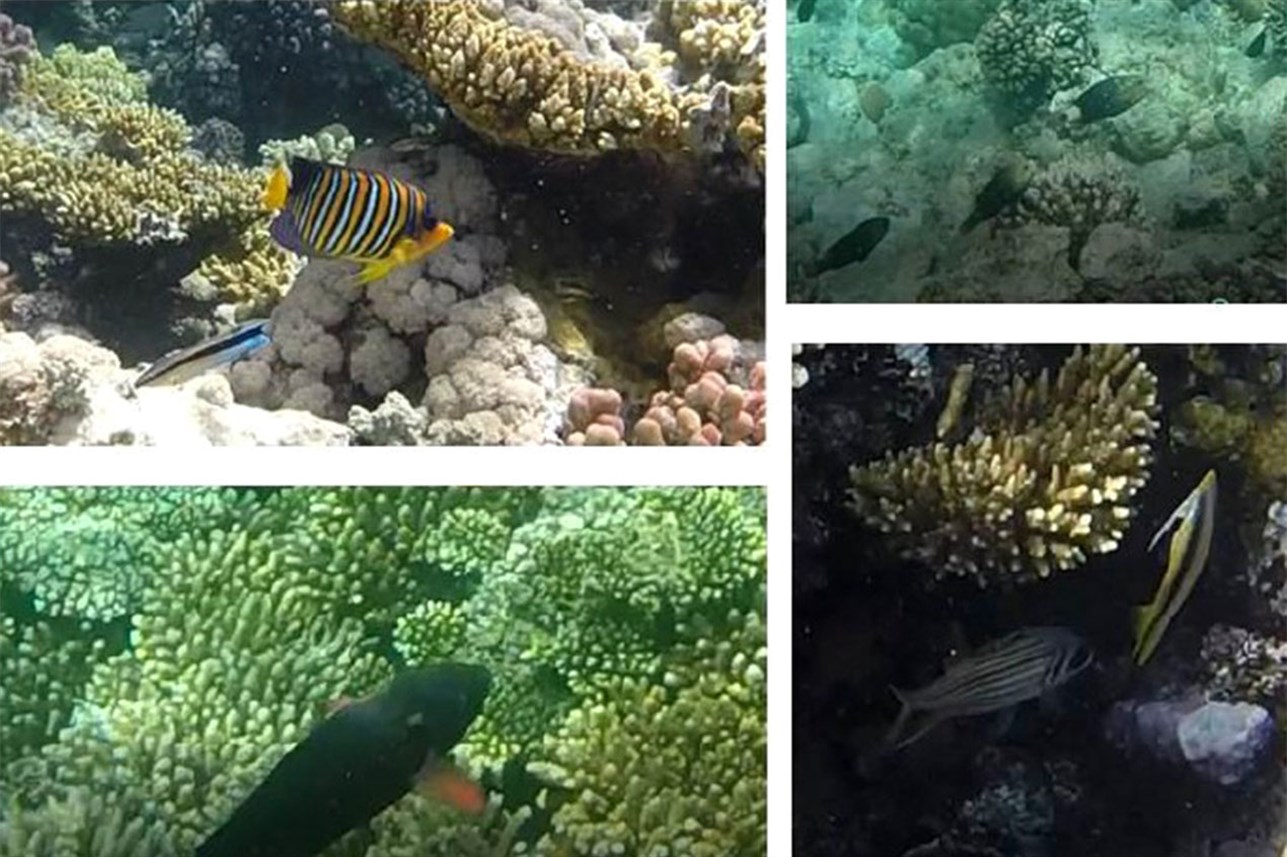 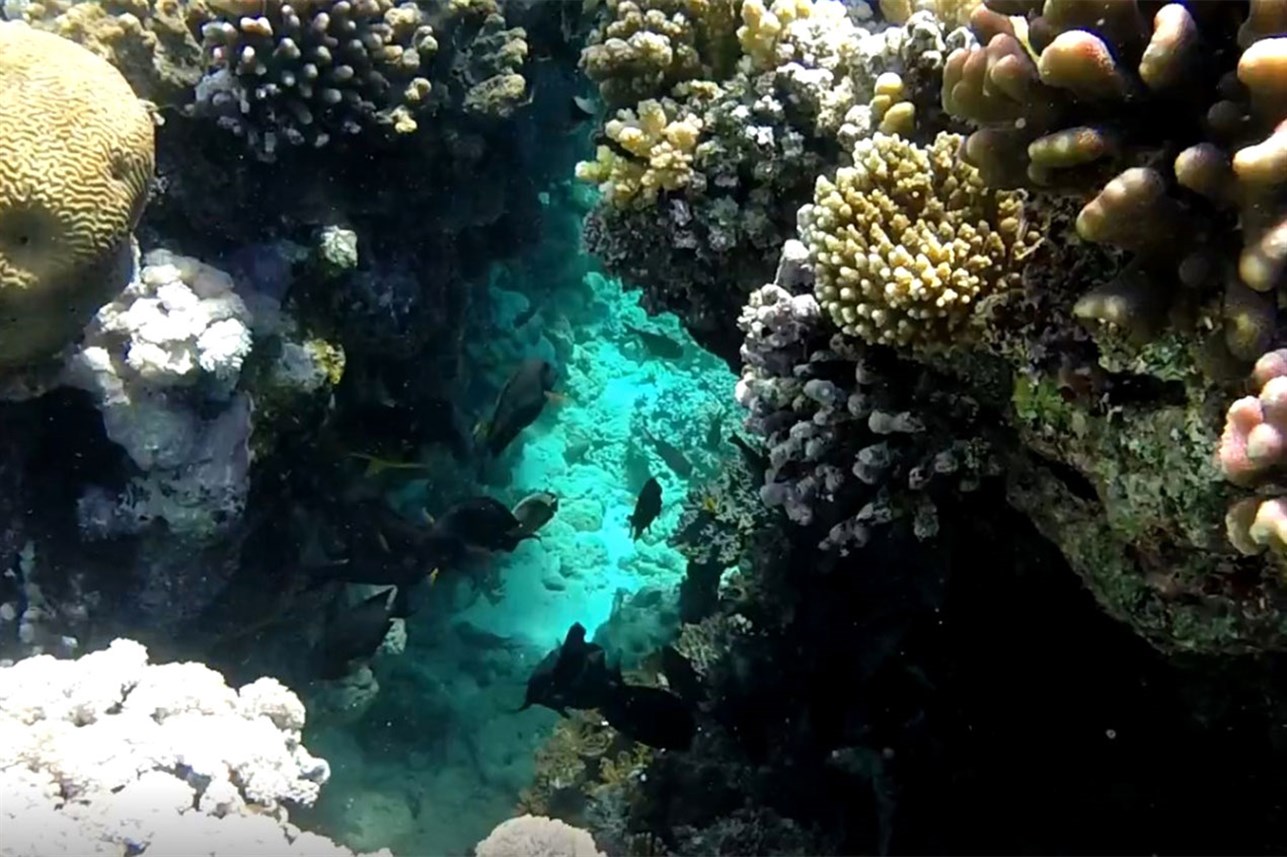 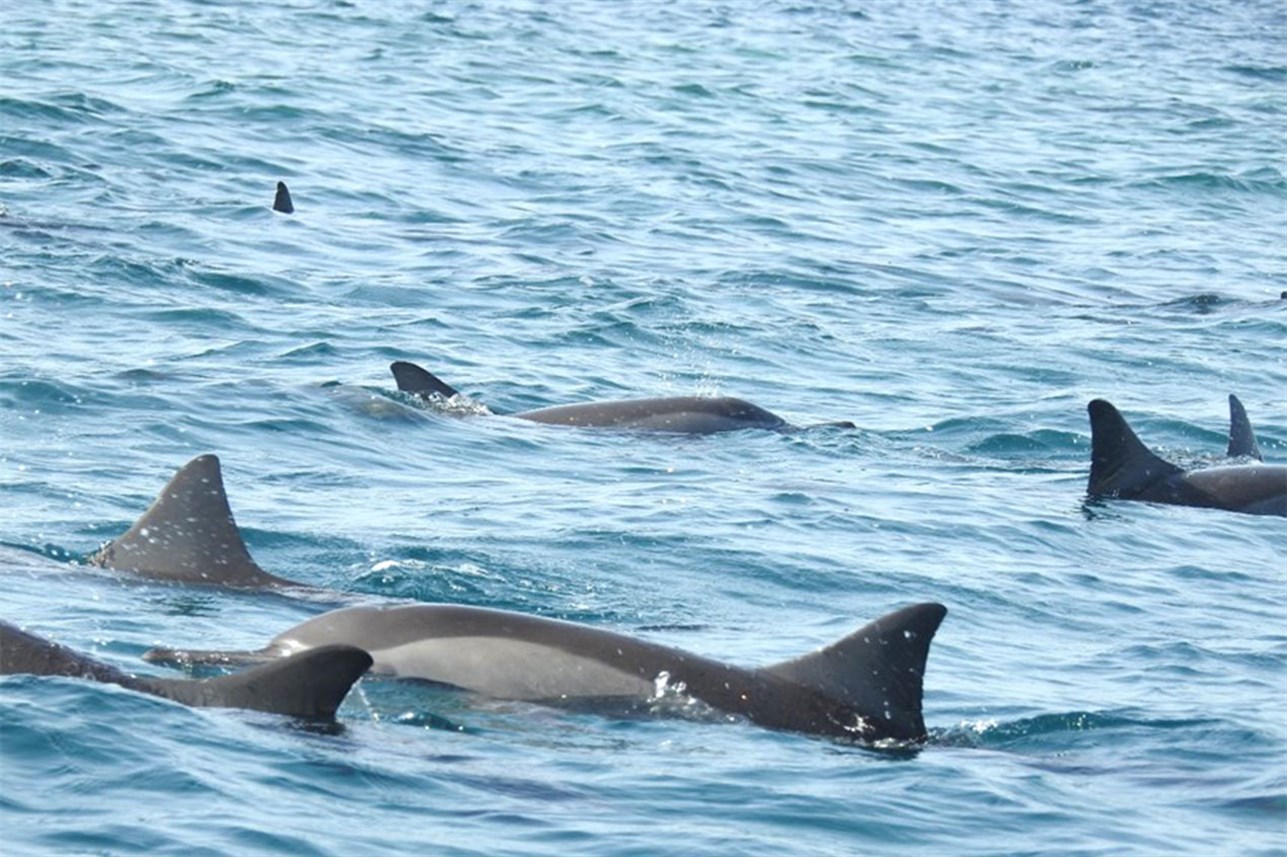 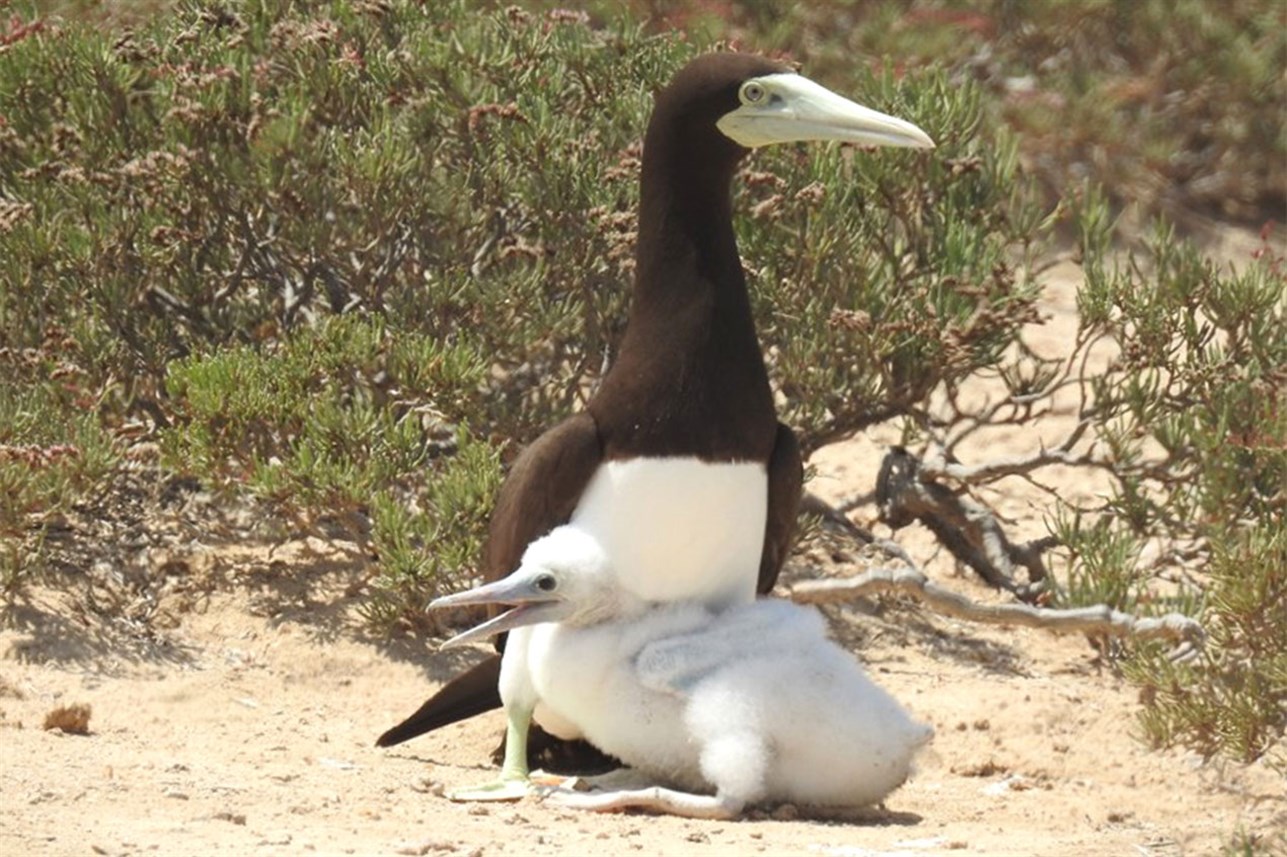 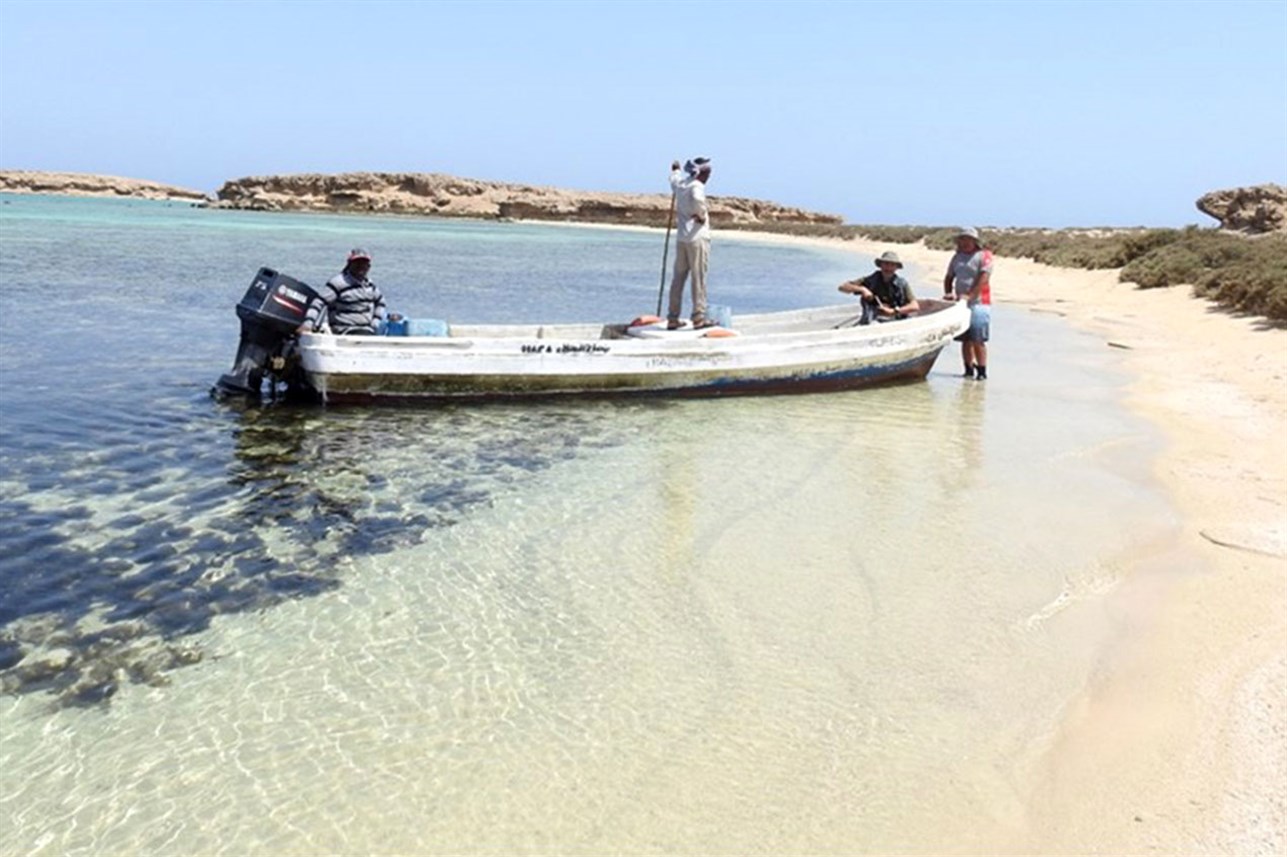 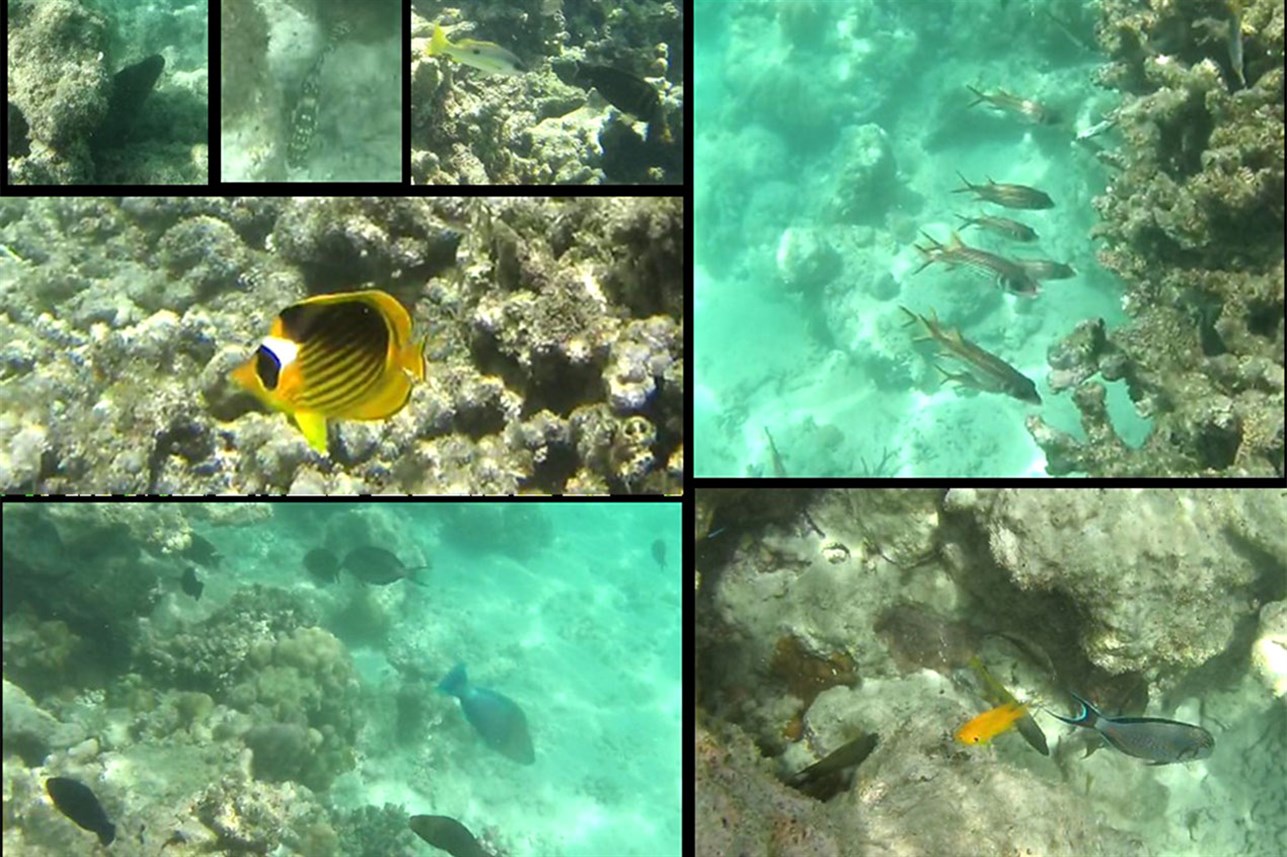